When you come across someone so authentically unapologetic you can’t help but take notice to them. Their voice becomes something you look to to help you feel strong and empowered. We all have those celebrities or people in our lives that we look up to, people that makes us feel empowered and unashamed of who we are. When I think of the people in and around my life that give me that “Own It” mentality I think of a few people. One of which is comedienne, Ms. Pat.

For those of you who do not know who Ms. Pat is, I beg of you, please familiarize yourself with her ASAP! I had the pleasure of talking with Ms. Pat and even though I was a fan before, after our conversation, I was an even bigger fan. Any generic google search will tell you a few fun facts about Ms. Pat, her first child was at 14 years old, her second was at 15, she’s been to jail and she’s been shot through the nipple. Yes that’s right, bullet through the nipple. One thing about Ms. Pat is that she owns it, she isn’t ashamed to tell you about her past, and why should she, the best comedians pull from real life experiences!

When I ask her who was the first to notice that she was funny, she tells me, “My case worker at Welfare to Work. She first noticed I was funny and when I did my first show and got paid $50 for 5 minutes it was exciting to know that I could get paid to do something I didn’t even know could be a career.”

We got to talking, I asked her about projects she’s working on, a 2 year in the making Pilot she is writing and working on with Lee Daniels that she will be heading back to LA to work on soon (think putting her book, Rabbit on the screen for us.) I also asked her about social media and how she is using her Instagram account for more than just shameless promo. “I have a large white fan base, and sometimes they take the things I post personally. Instagram is free, this is my fucking page and if you don’t like what I post then you weren’t a real fan to begin with. I’m sitting at home on twitter with no bra on, losing a follower because I post too much about what’s going on in the world, I don’t care!”

Being such a success I was eager to know if she has any mentors, anyone she looks up to for advice. When she shared with me that people that she looks to it really shows you how humble and great of a person Ms. Pat really is. “My husband and my family have really been the people I look to for support and mentorship. My husband has stuck by me and my family is always there. I need advice or want to talk, my husband is there.”

When I asked her what advice she gives herself and for anyone trying to pursue a dream she tells me, “Be who you are, I am who I am, I can’t compete with Jesus! If something is already in your head than the next step is to work towards it. My daughter is 20 years old and wants to be a Supreme Court Justice. I encourage her to go after it, I also get excited because I’ll finally have a lawyer in my family!” 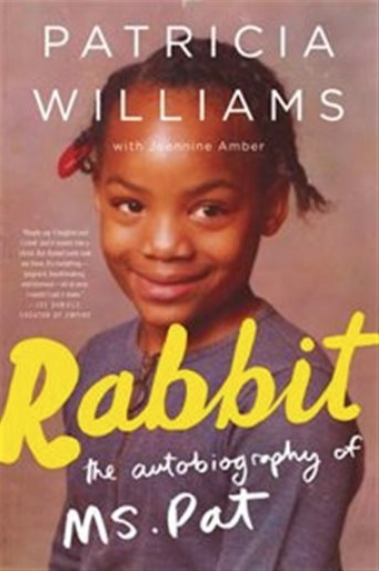 With just a few minutes left talking to Ms. Pat I had to ask my burning question, “Does your son still work at Chick-fil-A?” She laughs, “NO! Oh my God, I had my discount there for 4 years and now no more discount!” For those of you who don’t get the joke, check out her standup!

All jokes aside, I asked her what’s next for her, “Record an album, a special on HBO, a comedy special, late night shows, create a wig with a built in fan, I think I’m going through menopause! Oh, make more money so I can buy more spanx!” Honestly, for a woman who decided that from an early age she would go after what she wanted, no matter what it took, I believe she will accomplish all those and more!

Be sure to check out upcoming dates for Ms. Pat and her hilarious act one her website. Oh, and she wanted me to remind you… Buy her book, Rabbit!

*Feature Image from Just For Laughs*