If you’ve had a successful cuffing season, you probably find yourself in the awkward position of needing to get a holiday gift for a guy you’re still getting to know. Not only are guys notoriously hard to buy for (seriously, does anyone else struggle with what to get their Dad every. single. year?), but you don’t want to go overboard and make things weird.

You probably already have all your female friend’s and family members covered (the latest Urban Decay Naked palette is usually a hit), and luckily there’s still plenty of time to scour the mall for the perfect gift for your guy. You know, something that’s affordable, practical, and makes you look like the coolest girlfriend ever. Piece of cake, right? Here are a few ideas before you set out on your mission:

Whether he’s a beer guy, whiskey lover or wine connoisseur, the LCBO is the perfect place to find something he might he actually buy for himself. Maybe a new set of pint glasses and a selection of obscure craft beers is in order. He’ll be even more impressed if you make the trek to a few different breweries in the area and pick him up some seasonal tall boys that aren’t available at the LCBO. If liquor is more his thing, there are plenty of higher end bottles available. Try a single malt whiskey right from Scotland or an Añejo tequila. If he’s a wine drinker, he’d never complain about a nice bottle of red.

Appeal to his gaming side You probably weren’t lucky enough to snag a Nintendo Mini NES Classic, and by now it’s too late to get one of the $80 systems for a reasonable re-sale price. But if your new dude is a gamer, there are plenty of other options out there that he’d love to get as a gift. If the PS4 is his system of choice, he might have Uncharted 4 on his list of must-play games. If he’s all about the Xbox, you can’t go wrong with Resident Evil 7. If he’s more of a PC gamer, Call of Duty: Infinite Warfare is an excellent choice. There’s no shortage of straight up board games either if that’s more his speed. Basically, if you know his preferred gaming system, all you have to do is Google the game-of-the-moment, place an order on Amazon and you’re done.

You probably know a little bit about his sense of style by now, but that doesn’t mean you should go out and buy him a whole new outfit. Instead, pick out a nice pair of gloves, or a scarf you think would go well with his winter coat. A nice leather wallet is probably something he needs but would put off buying for himself. Just make sure you aren’t spending hundreds of dollars on designer brand names, because he’ll either have no idea what Tom Ford or Burberry is, or know exactly how much money you dropped and feel awkward for only getting you a $50 Zara gift card.

Go with an experience Instead of getting him some kind of material possession he may or may not have any use for, get him something he can do on a Saturday night. If he’s a foodie, take him out for dinner at the new Japanese place he’s been dying to try. If he likes trying new things, organize and book an escape game like the one at Toronto’s Casa Loma. If you want to splurge a little and you’re feeling brave, pick up a couple tickets for a concert or sporting event– just don’t make it too obvious that you hope he brings you as his date.

A shout out to pop culture

Everyone is a fan of some kind of pop culture phenomenon to some degree. Is he obsessed with Star Wars? Pick up a box set of the complete saga on Blu-ray. Has he been talking about wanting to read the Game of Thrones books? This A Song of Ice and Fire box set will keep him occupied for weeks. You can also never go wrong with a graphic tee with a quote from his favourite movie, a coffee mug with a funny phrase on it or the autobiography of his favourite musician.

What are you getting the new guy in your life for the holidays? Let us know in the comments!

It’s the Appy-est Season of All Check Out These H...
Our Lockdown Distractions For the Week
‘Tis the Season for Giving: How to Give Back this ...
Mingle All The Way Holiday Hosting Guide!
Are Cell Phones Ruining Love Lives?
Why You Should Be Dating an Older Guy – Yes,...
A Royal Affair – Everything You Need To Know...
Mother’s Day Made Easy – Simple DIY...
What Nobody Tells You About Losing A Parent 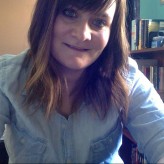